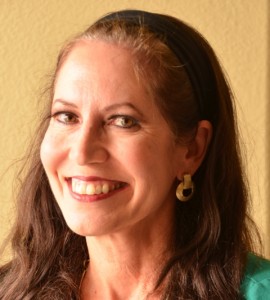 Ever on the move, I was born in Abilene, Texas (yeehaw! as they would say) but was swept away by my parents at the tender age of three months to the island of Guam, where a typhoon almost ended my budding writing career before I had even learned the alphabet.  But survive we did, and my father’s Air Force pilot career led us to reside at all points on the U.S. map, as well as the Azores, a group of islands off the coast of Portugal.  That was where our house blew up (I’m not kidding), but once again the family persevered and it still turned out to be one of our favorite assignments since we were provided the opportunity to frolic and cavort around Europe during those two years.  After my father retired and my parents settled into their permanent home, I kept moving for school, work, and general life adjustments.  I believe I counted once, and the move to my current home was number 32 in my life.  I don’t think I’ll keep count anymore, it kind of freaked me out.

As a result of all my traveling I developed a fascination with other cultures and went to the University of California at Davis to get a Bachelor’s degree in Anthropology.  The Birkenstock Capital of the World (or so I think), Davis was a great college town to call home.  After graduation, I took a year off before grad school to move to Washington, D.C. and work in the Anthropological Archives at the National Museum of Natural History.  Yep, the one featured in Night at the Museum: Battle of the Smithsonian.  I never saw the exhibits come to life while I worked there, but that would have been so cool! 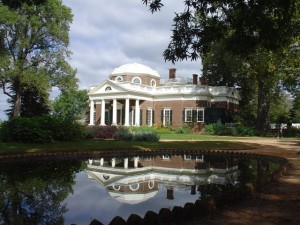 San Francisco is one of my favorite cities and I went to SF State University for my Master’s degree in Museum Studies.  I’ve had the great fortune to work at some incredible museums including the Autry Museum of Western Heritage in Los Angeles and Monticello, Thomas Jefferson’s historic home in Charlottesville, Virginia.  Yes, I have touched Jefferson’s underwear!  Although they were more like long johns back then, as opposed to tighty whities, I still consider it a career milestone.  Although no exhibits came to life at those museums either, but I remained optimistic.

One day I saw an ad in a museum publication for a job with the FBI, as an Art Theft Program Analyst and I set records for how fast I submitted my resume.  Never thinking I had any chance to get the position, I was stunned to be the last applicant standing.  After a three month background investigation for my Top Secret Clearance (FYI, they interview your exes), I settled into my office in the Criminal Investigative Division with a window overlooking Pennsylvania Avenue.  I was promoted to Art Theft Program Manager and coordinated national and international art theft investigations.  I provided art expertise to the agents and served as liaison with outside agencies such as INTERPOL, Scotland Yard, and the Italian Carabinieri.  In 2003, after the National Museum of Iraq was looted in Baghdad, I worked with Major Theft Unit Chief Dan Wright and Special Agent Robert Wittman to establish the FBI’s rapid deployment Art Crime Team.  There were so many great cases and recoveries, I wish I had room  here to share them, but you will get glimpses into that life in my first book, Buried Riches, as well as future books. 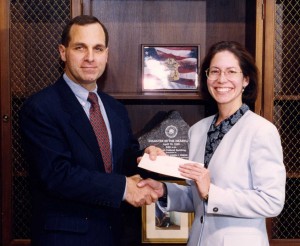 Washington, D.C. is a cesspool of politicians, lawyers, lobbyists, and bitter government workers.  So after eight years I packed up my bags and returned to California with the goal of living closer to family and recovering my sanity.  I did recover it at a charming community museum in Yucca Valley, the Hi-Desert Nature Museum (near Joshua Tree National Park).  We had a mini-zoo featuring desert animals (many of them nocturnal), so finally, a museum where the exhibits came to life at night!

I am now starting a new chapter as a romance novelist.  I am anxious to see where this journey leads.