NOW AVAILABLE ON E-BOOK THROUGH AMAZON! 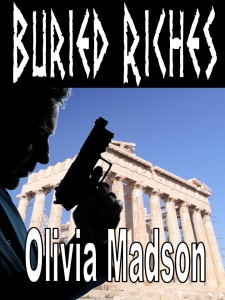 Art consultant Elise Young has just been offered three extremely rare ancient Greek vases for sale, which she knows were illegally smuggled into the United States. Racing against the clock before the valuable artifacts disappear into the black market, she calls upon the aid of Special Agent Brock Cooper of the FBI’s Art Crime Team. Their attraction is instantaneous and the sparks fly, but the timing and situation couldn’t be worse. As Brock and Elise follow the trail of the illicit vases toward a notorious crime lord, witnesses begin to die and they must go undercover to track down the elusive villain, staying one step ahead of the assassins’ bullets.  From Los Angeles and San Francisco to Athens and the Greek Isles, their nemesis leads them on a dangerous chase but the most valuable treasure of all, love, awaits them, if they can find a way to stay alive.

Olivia Madson draws upon her years of experience as the FBI’s Art Theft Program Manager to pen an exciting tale of smuggling, murder, and love. 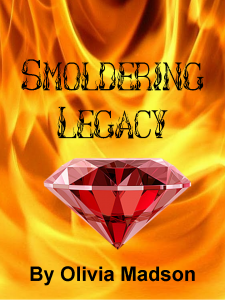 SMOLDERING LEGACY
Abbie Coulson has just come into possession of a magnificent diamond and ruby necklace, but there’s one major catch, it’s cursed!  Whoever owns the necklace perishes in a fiery death.  Partnering with handsome fire inspector Tom Spencer, they trace the history of the necklace in an attempt to unravel the secrets of its mysterious past and keep history from repeating itself.  Tom and Abbie find each other just as fascinating as the history of the jinxed jewels, but Tom’s recent separation sets off warning bells for Abbie and she prefers to steer clear of the divorce drama.  But that’s easier said than done when Tom’s scorching kisses melt her resistance.  Can Tom and Abbie discover the truth about the dangerous necklace before she becomes its next victim?